When you book with an account, you will be able to track your payment status, track the confirmation and you can also rate the tour after you finished the tour.
Sign Up
231

Discover Morocco with this 4 days Sahara tour from Casablanca, explore new destinations with our professional guides, experienced drivers and passionate team ensuring your safety, relaxation and enjoyment every step of the way.

If you have a morocco tour package in mind please get in touch we’ll arrange it for you.

Starting our Sahara tour from Casablanca we will pick you up from Casablanca, then drive towards Meknes, the beautiful 17th Century old capital. We will enter the city walls to Discover its magnificent heritage and culture and Impressive historical sites such as Bab El Mansour, Sahrij Essouani, The Royal stables and Granaries and the underground monuments.

We will spend the night in a local Riad/Hotel in the city of Fes.

On the second day of our 4 Days Sahara tour from Casablanca, our team will pick you up from your Riad, then drive you towards the spectacular views of the Middle Atlas Mountains.

First, we will visit Immouzer, the lovely Berber village with the most beautiful views of green landscapes and flowing rivers.

Next, we will continue our drive through the green Cedar Forests towards Ifrane, “The Moroccan Little Switzerland”.Our team will take you through the French-Style city, enjoying its cool weather and fascinating architecture.

After that, we will be wandering through the Berber town of Azrou and its magnificent Cedar forest, to have some fresh air and play with the little tricky monkeys.

We will then continue to Midlet, Have a traditional Berber Tagine for lunch, and learn more about the ancient Berber Morocco culture.

Later on, we will head towards Merzouga, the Golden Gate of the Sahara where we will take camels on a fascinating camel desert ride and tour in the golden sands of the marvelous Erg Chebbi.

We will spend our evening gathered around the campfire, enjoying the berber music, and staring at the captivating saharan night sky.

Our next adventure starts early in the morning, to capture the magical sunrise and go camel trekking in the golden sands of an endless Sahara. After breakfast you will have some free time to take a warm relaxing shower.

Next on our Sahara tour from Casablanca, we will leave Merzouga towards Rissani, the home founder of the Moroccan Ruling dynasty, we would introduce you to its colorful Souks and ancient culture.

Next, we will head towards Todra Gorges, its remarkable orange cliff makes for a perfect destination for climbers and adventure lovers. We will then go through its authentic mosques, colorful lanterns and famous textiles.

Later on, we will continue our desert adventure towards Dades valley, the little green saharan paradise, to have a traditional Berber dinner, and spend the night in a little hotel across the river.

On the last day of our sahara tour from Casablanca, we will go for a walk in the beautiful Dades valley. Then, we will leave towards ouarzazate through Skoura, and its magnificent Kasbah of amridil. Once we get to ouarzazate, we will take a walk through its colorful old Souks and authentic ancient mud streets.

After that, we will visit the magnificent International Film Studio, to see where some of Hollywood’s greatest  movies and series were made such as Game of Thrones, Gladiator, Babel, and The Jewel of the Nile.

Next on our Sahara tour from Casablanca, we will head to the Kasbah of Ait Ben Haddou, discovering the ancient Royal Palaces and witnessing authentic Moroccan architecture.

We will then have lunch in a traditional Berber restaurant and taste the most delicious combination of Moroccan flavors. Then we will drive through the winding roads of Tizi N Tichka Pass.

The last stop on our 4 days Sahara tour from Casablanca would be the red city of marrakech for a drop-off. 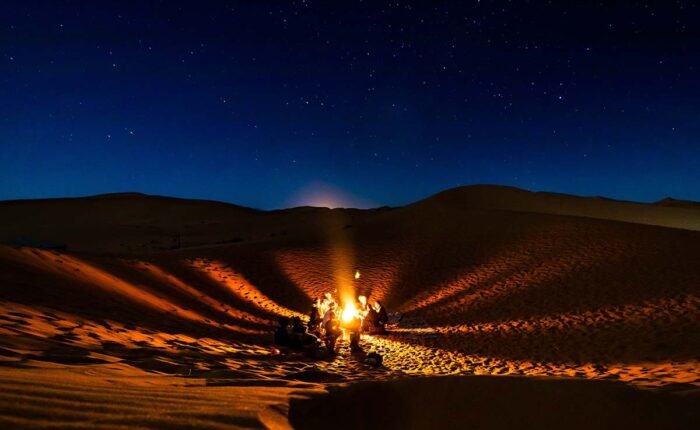 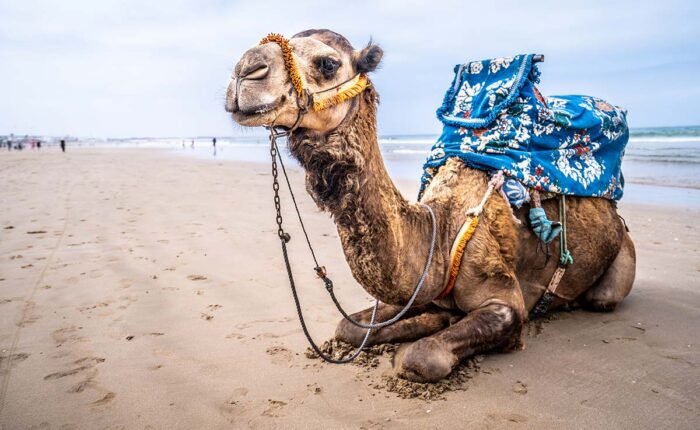